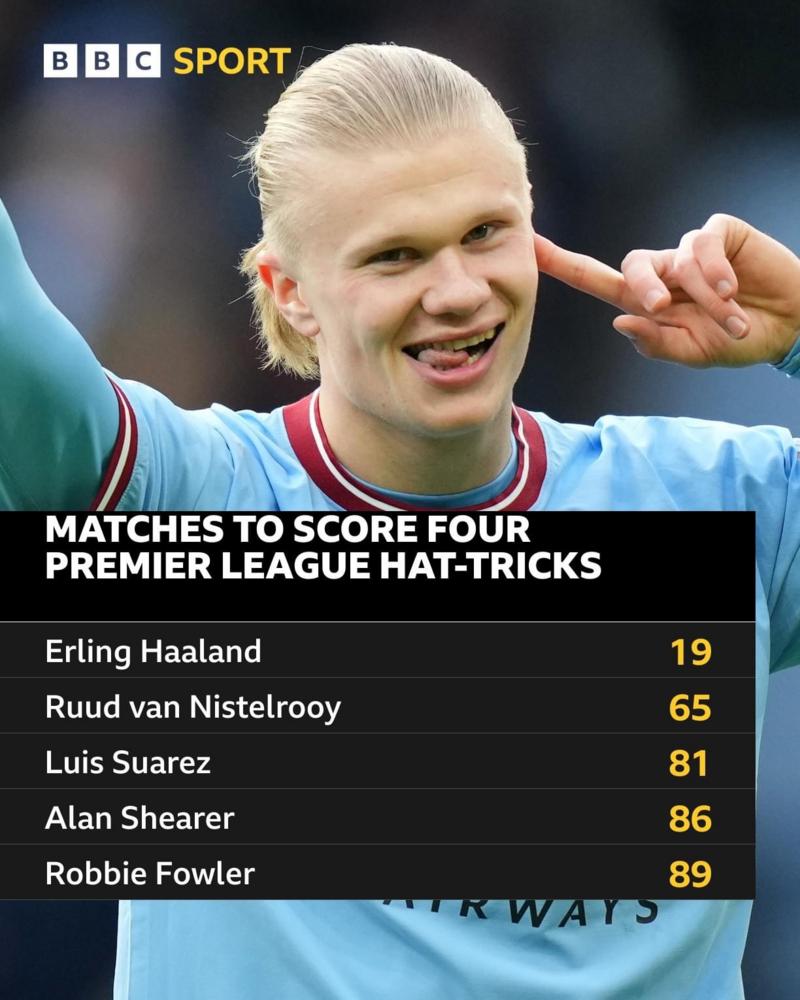 It is a pleasure to write about this guy. He reaches outrageous new heights on a weekly basis (if only Norway was at the World Cup).

But to the point: Haaland`s agent Rafaela Pimenta has started speculating that Erling might become the first ever player worth 1 billion GBP and there are good reasons for it (by the way the claim was made 10 goals ago). As reported by MSC Pimenta believes that given his performance, image and sponsorship values, the man is worth a billion pounds.

We should all be sceptical about that valuation. After all that is his agent, but it is 3 months later and Haaland has netted 10 more goals (including a hat-trick). The BBC added some context with statistics as to how amazing this guy really is. It is the middle of the season yet he has scored more goals than last year`s Golden Boot winners Son Heung-Min and Mohamed Salah with 23 goals. With this tally, he would have won the price in more than half the 30 campaigns of the Premier League so far.

Haaland already has more hat-tricks than Cristiano Ronaldo and the same number as Mohamed Salah in the English top flight. It is exiting to see how many games it would take him to reach Harry Kane`s 8 and Sergio Aguero`s 12 hat-tricks.

Generally speaking it is only natural for agents to inflate the valuation of their clients. The more valuable a player, the more money they make. So we should have that in mind when we consider such statements. In this particular case though, it is hard not to believe that someone might actually pay a billion for Haaland should he continue with this performance.

“he is a freak” is becoming a popular opinion about Erling Haal...